Foreign direct investment in India 2020: Modi Government suggested all states to make scheme for those companies which are coming from China under foreign direct investment and also create man force who can make manufacturing plant in short period of time. States like Uttar Pradesh, Mumbai, Haryana, Telangana, West Bengal sends proposal to Central Government on letter basis. where they mention what they are providing in the name of Subsidies, Tax Waiver, Land bonds for foreign firms.

List of Foreign companies investing in India: Due to Covid 19 evidence found in China. Many developed countries suggested their company to move on from China. And the large number of (600 nearly) companies eager to invest in that countries who supports America and Europe interest. So newly made America ally called India. Never wants to mis the chance. 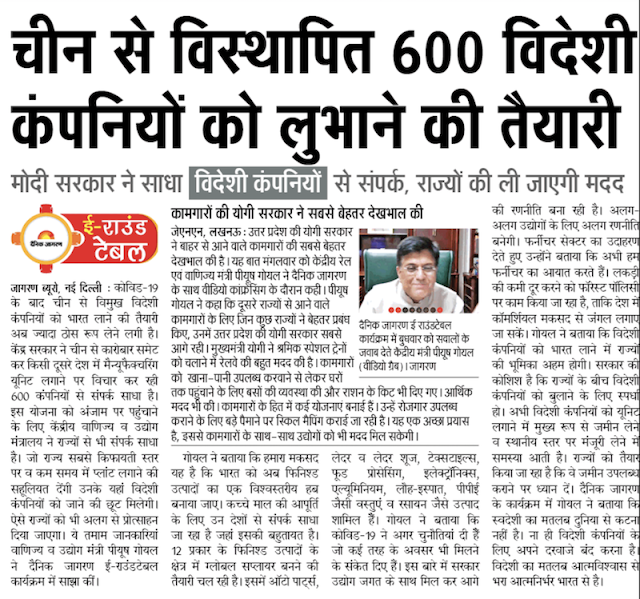 India Finished Goods: Ministry of Commerce and Industrial Minister Piyush Goyal discuss this things with Dainik Jagran E Roundtable Programme by online video conferencing that India has guts to become global supplier. And we have 12 products which we can rule and can get special status in the world.

India China Trade Level: India on 28th May said we will not make Chinese investment in India. If China don’t allows our company to work in China