Scientist has successfully found two super Earth which is nearest to our solar system. The first planet name, LP 890-9B or TOI 4306B and second planet is LP 890-9 C, was initially identified by NASAs Transiting Exoplanet Survey Satellite (TESS). TESS is a space mission specially made to search Exoplanet or Earth looking planet atmosphere, so it can be proved as next alien world. 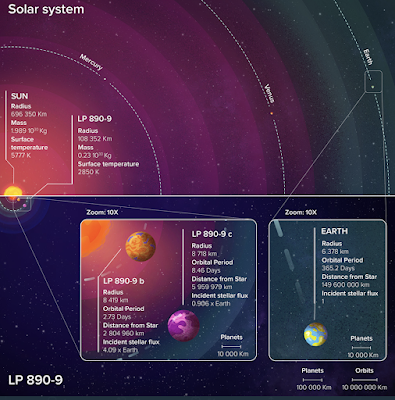 1. Planet should be in near to its Sun like star.

2. Planet not much too far to Sun and not too close to Sun

3.Super Earth should be in Goldie Lock Zone

4. Size of super earth is not too big like Jupiter and Saturn because mostly NASA founds that star which respect size of earth.

5. Planet must revolving its host star.

NASA has all the images of LP 890-9 B and LP 890-9 C. And good things it is not too far from our Earth because it is 100 light years from Earth. Colour of both planet is something Pink, Orange and Yellow.

NASA has also keeping eye on old super Earth which was discovered in year 2019 and it is only 31 light years from Earth. The super earth planet named as GJ 356 D was discovered by same NASA Transiting Exoplanet Survey Satellite. 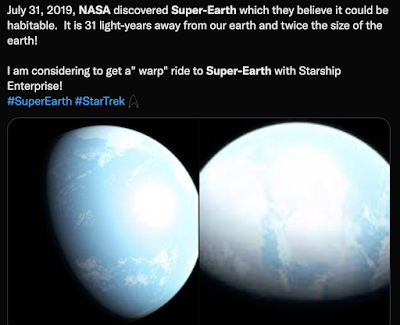 Our current technology is still not in condition to make light year of speed. However speed of our changing tech generation has ability to make light speed engine within 300 years.