We think you have already downloaded iOS 16 Software for your Old and new iPhones. You can check list of iPhones which are getting update.

You can update your iPhone by going to settings and tapping software update. For speed recovery of iOS 16 from your iOS 15 you must download this update in night or by Wi-Fi and according your network.

How to Use iOS 16 Lock Screen Features: iOS 16 brings new version of Lock Screen with new ways to customise and widgets for information at a glance. Link your Lock Screen to a Focus and use Focus filters to filter out distracting content in apps.

iOS 16 Edit Message Features: Big updates to Messages let you edit or unsend a message you just sent. Visual Look Up lets you lift the subject of an image from the background and copy and paste it into apps like Mail and Messages. 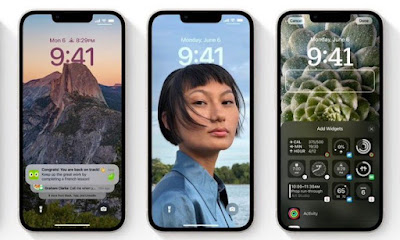 iOS 15.7 Security Update: Some iPhone users are also asking that they have receive two update of iOS 15.7 and Upgrade to iOS 16. Which update they will prefer first.