Indian CEO is ruling the world right now. We can see hard work, good quality education, discipline and punctuality in Indian CEOs. Here we have another good news for all Indian and it is also the matter for pride.

Central Intelligence Agency of USA is the World’s Premier Foreign Intelligence Agency has appointed Lal Moolchandani as a Tech Chief of Virginia based CIA. This recommendation is under CIA Director named William J Burns. Lal Mulchandani is now called Chief Technology Officer and he will look up the advancement of CIA. 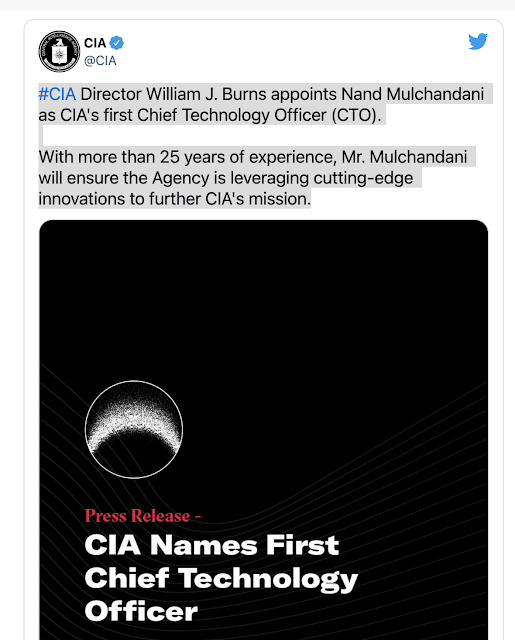 Now know who is Nand Mulchandani ?

1.Lal Mulchandani is Indian Origin American and his previous job was acting Director of the Joint Artificial Intelligence Center under the Department of Defence, US.

3.Connection with India:-Nand Mulchandani studied at Bluebell International School between 1979 and 1987. After that he thinks to study in one of the best institution in the world. 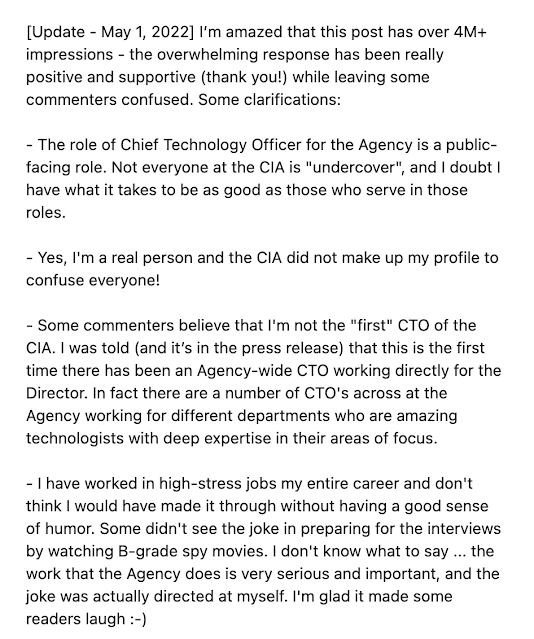