Credit goes to El Salvador who introduce Bitcoin Currency legally in his country. He seems to be like Elon Musk whose tweet will crash share market as well his income also. Nobody country in this earth legalize as much as this Central American Country. President Nayib Bukele in a press meeting give precious information about El Salvador Bitcoin City. 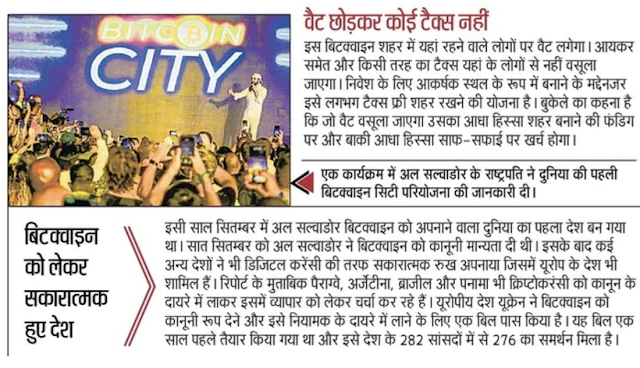 1.People who will purchase land, plot or apartment in Bitcoin city. They may only have to give VAT (value Added Tax).

2.No other type of tax applies to Bitcoin City people and it will be first tax free bitcoin city in the world.

3.President Bukele said,” whatever revenue comes from Bitcoin city. They will use these money on making exclusive and premium bitcoin city and half of revenue can be used for cleaning and management of Bitcoin city.

5. India is also going to make law on cryptocurrencies on whether to legalize it or not.