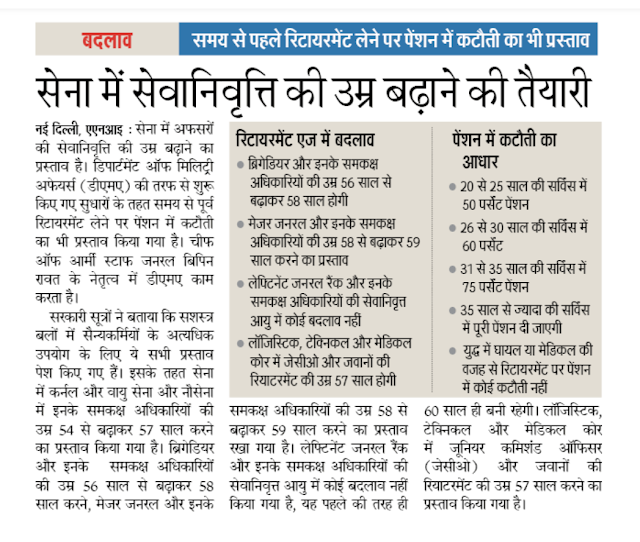 
Indian Army Pension Age 2020: Major General and its level of officer retirement age exceeded from 58 years to 59 years of service. However no changes in Lieutenant General Rank Army personnel 60 years because they all are fitted. Jawans/JCO Retirement Age: 57 years retirement age for Logistic Technical and Junior Commissioned officer of Medical Core and soldiers.

Army Retirement Pension 2021: Half pension will be given to you, if you completes 20 to 25 years as a retirement. 60 percent pension for you if you take retirement after completing service of 26 to 30 years. 75 percent pension in age service of 31 to 35 years. No deduction in pension if you met with war or on medical background.