Times Square Indian Flag: Newyork, New Jersie and Connectivity Federation of India Association announced that We will raise our National flag in times square of Newyork city. Ankur Vaid who have current hold important member of FIA said we will make history for all Indians living in America. He also said we will hoist our flag On 14th August in Empire State Lightning Ceremony. According to sources, Randhir Jaiswal The Consul General of India will be the Chief Guest of Empire State Lightning Ceremony. 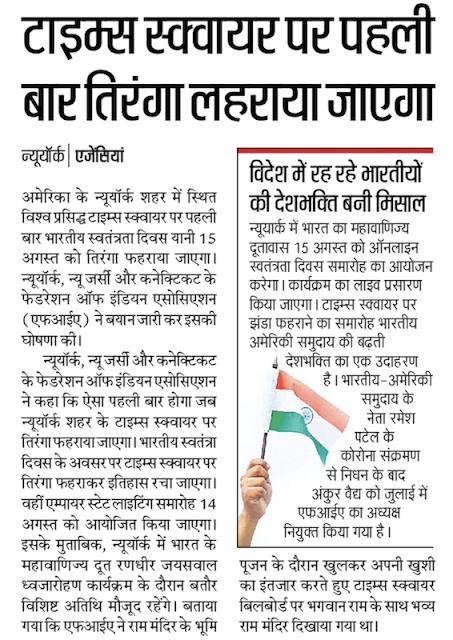 Empire State Building Indian Flag: This is the patriotism of all India, that helps Indian Government and people to feel proud for them. Indian people holds largest number of population in USA. They involve in various business like Information Technology, Food Sector, Defence, Learning in Education University to help American economy.

Due to Covid 19, large number of people will not attend to watch Indian Flag in Time Square but through Live Video Streaming, you can watch all updates.
Indian Flag On Times Square