Fortnite Playing Last Seasons Content and Battle Pass: If you already downloaded Fortnite via Google Play, you should have no issues continuing to play Chapter 2 - Season 3’s v13.40 update. Note: Since the Season 3 Battle Pass ended on August 27, further progression is not possible on any platform. 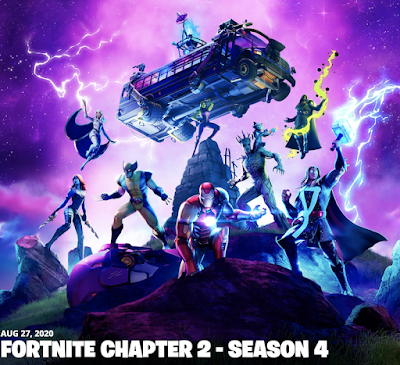 Fortnite Chapter 2 Cosmetics: You will still be able to play the v13.40 version of Fortnite, but will not be able to access any new content on the Chapter 2 - Season 4 Battle Pass. Cosmetic purchases will still work across all platforms, but any new cosmetic items added after the v13.40 version will not be available in your Android via Google Play Locker if purchased on a different platform.


Fortnite Battle Pass New Outfit: Players will be unable to receive gifts introduced in v14.00 or later, including the Chapter 2 - Season 4 Battle Pass, on Android via Google Play Store. To redeem any gifts introduced in v14.00 or later, you must log into an alternate platform that has access to v14.00 to redeem the gift. Even then the gift, be it the Battle Pass, a new Outfit, etc, will not become available on Android via Google Play once received.

Fortnite Challenge Packs: Players on Android via Google Play are currently unable to complete new challenges, including Quick Challenges required for Derby Dynamo or specific Style Challenges for Harley Quinn. These challenges can still be completed on other platforms that have access to v14.00.