Warren Buffet Joe Biden Twitter Account Hacked: Some of the most powerful and high profile official twitter accounts had been hacked. Bill Gates twitter account tweeted after hacked someone his account that,” Everyone is asking to give back , and now is the time. I am doubling all payment send to my BTC address for the next 30 minutes. Jeff Bezos tweets,” I have decided to give back to my community. All bitcoin sent to my address below will be sent doubles. 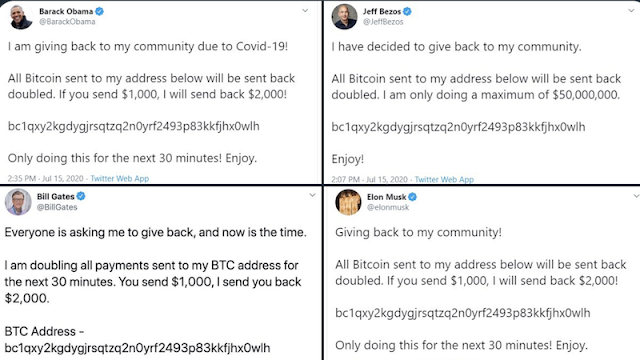 Twitter CEO Jack Said: Tough day for us at Twitter. We all feel terrible this happened. We are diagnosing and will share everything we can when we have a more complete understanding of exactly what happened.

Most accounts should be able to tweet again. As we continue working on a fix, this functionality may come and go. We are working to get things back to normal as quickly as possible.
Twitter Account Hacked