- May 26, 2020
UP Bank Sakhi Salary 2020 UP Bank Correspondent Salary CSC Sakhi Salary Per Month Average Monthly Earning BC Sakhi Promotion UP Banking Sakhi Commission. Chief Minister Adityanath Yogi declares Rs 4000 per month salary of BC (Bank Correspondent) Sakhi. However you can make more money by joining Bank Sakhi. You are advice to read our whole articles two times. It will help you get deep knowledge on UP 58000 Bank Sakhi.


1.     Job Security of Rs 4000 per month.
2.     Eligible to apply for loan up to Rs 1 Lakh.
3.     Per transaction you can earn commission from banks.
4.     Gets personal identity card of Bank through which you join.
5.     After spending 3 to 4 years you are eligible to earn more money by joining other bank sakhi or becoming Senior Bank Sakhi.
6.     Bank Sakhi can now even asked the bank to give her a vehicle loan to buy a two wheeler scooter so that she can independently travel to villages and bank branch. 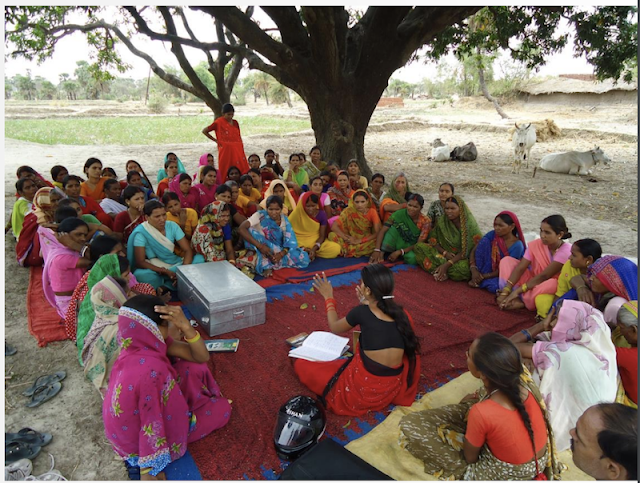 Banking Correspondent Salary in UP: Chief Minister Adityanath Yogi issued revolving fund for Self Help Group. This budget passed under Garmin Ajeevika mission. They transact an average of Rs. 15 lakhs each month. Bank Sakhis are paid by the Corporate BC based on a commission structure provided by the Bank for BC and BF services.

CSC BC Sakhi Registration 2020: Bank Sakhis are selected from the groups promoted by RGMVP Rajiv Gandhi Mahila Vikas Pariyojana. the partners appointed the first SHG members as Bank Sakhis who would service one Gram Panchayat each.

Bank Sakhi Best in recovering NPA: The Bank Sakhis are effective in recovering activity better than conventional male BC agents NPAs from default clients on behalf of the banks. This is because they are part of the community and potential defaulters are embarrassed not to repay to the Bank Sakhis as they know them.