Trai 11 Digit Mobile Number : Some of the salient features of the recommendation are as follows is 1. Migration to unified numbering scheme which involves large scale changes in the existing network is not recommend at this stage. 2. Sparingly used sub levels in levels 2, 3, 4, 5 and 6, may be withdrawn after seeking sub levels wise utilization from the TSPs providing fixed line services. Levels/sub levels allocated to some fixed line TSPs who have not launched services even after one year of allocation, may also be withdrawn after seeking justification.

4. The following scheme should be adapted for creation of sufficient numbering space: (a) Dial all fixed to mobile calls with the prefix 0. no change in dialing plan for fixed to fixed. mobile to fixed and mobile to mobiles calls.  A total time of one month may be given to all the TSPs to implement this scheme. 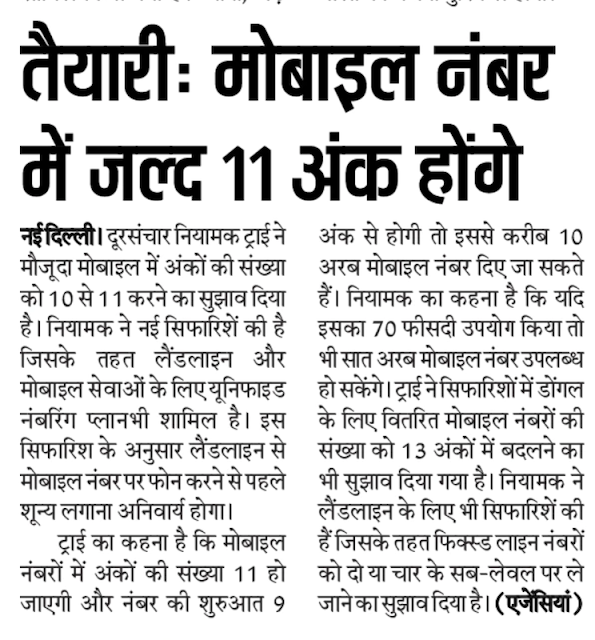