Why Indian Should Respond on Pakistan Fake News, War Bluff

Indian Should Respond on Pakistan Statement


As an Indian and content creator for jobs we have responsibility to write about Current Situation of Pakistan as they are not well after India abrogated Article 370 from Jammu Kashmir Constitution which really helps Pakistan to change the mind of Jammu Kashmir youth through Money Laundering, Religion and most important thing is Terrorism. From 70 years we have seen lots of Soldiers dies due to Cross Border Terrorism and situation becoming day by day worse. The main benefit of Jammu Kashmir Article 370, 35 A was taken by Pakistan. Within 1 year we have seen many stone pelters funded by Pakistan in the Range of Rs 500 to Rs 5000. Recent comment of Satyapal Malik says," Hurriyat leaders Son, Daughter and relatives studying in foreign university and college and also settle themselves in America, Britain, Canada, Australia etc. So that they can tell wrong thing to worlds.

Pakistan Fake News on Kashmir: So according to our title posts what we have seen on Twitter, Facebook and other Social Land Platform where Pakistan. One of popular Youtuber of Pakistan suggested to their entire subscriber to support their but he has largest number of Indian Followers. 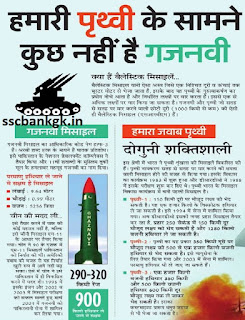 Shah Faesal, Shehla Rashid Anti Comments
Shehla Rashid Student of JNU and One of Former IAS officer which is now Kashmiri Politician Shah Faesal detained by Govt of India when he was going to Turkey with students Visa. Shah Faisal criticized govt for not asking Kashmiri people for their freedom. But after checking his latest tweet, Facebook comment feels he was supporting more Pakistan than India.

One minister of Pakistan has confirmed that they has used Indian famous author against Current Govt. But after her name come she condemned this.

Now our congress leader has clear the clarification after Pakistan minister Shireen Manzaari wrote name of him to send letter to United Nation.

For some time we should become Patriotic. And use our efforts, power and education on this matter.

World is Watching every India.