Italy Journalist Francesca Marino: Italian Journalist wrote an online editorial in Stringer Asia Magazine about Balakot Air Strike. Journalist has no boundary, they can roam anywhere with the permission of Country where they wants. Pakistan Army invited many journalist after 15 to 20 days but some clue was identified and she also visited hospital where treatment going on Balakot Air Strike Affected Person. 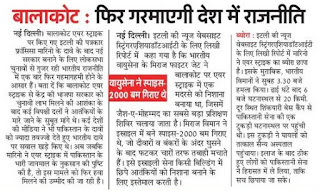 Below are the important Lines mentioned by Famous Italian Journalist Francesca Marino, what she said check below:-