European Parliament has given ultimatum to Pakistan on Human Rights Violation For Minorities. Sources of NDTV, Times of India says every year 1,000 Hindi and Christian Women Converted into Islam. And we have recently seen the some viral video of Pakistan Maulavi who is reading Nakahnama of Hindu Under Age Girls married to Already Husband of Some One wife. This is not one or two day news of Pakistan, you may check daily about Minority Rights Violation Of Pakistan.

European Parliament Members Sent open letter to Pakistan Prime Minister to look up Rights of
Pakistani People who are living in fear mode. European parliament is very concern about rights of Human from Women, Men and Religious Orthodox belonging to Minority department and has also reminded that violations of the United National Treaty on Universal Declaration on Human Rights and International covenant on Civil and Political Rights.

1. In Church Attack of Sri lanka many Pakistani National living on Asylum due to Ahmadis (Shia) because Pakistani Don’t recognized Shia as Muslim.

2 1000 Kidnapping Case Every Year:- 2 Hindu Girls Kidnapped from Tribal areas in Ghotki forced conversion case and were married to Higher Aged men that have already wife’s in their home and its video at that was trending.

3. Asia Bibi Case who was Christian in Pakistan she unable to Drink water from the well of one local and have spoken some words. Then she was arrested on Blasphemy case & now she is living in other country on asylum. 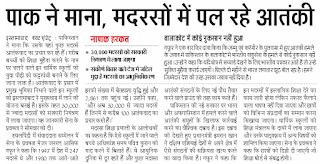 4. Many religious community in Pakistan used to convert people and they are deeply supported from many religious political parties.

EU Parliament has requested Pakistan to look problem of Minorities From Jobs, Education, Food and performing their religious culture. More than 50 members in European parliament expressed deeply angriness on Pakistan and said to stop Trade related Tariff and Subsidy if Pakistan will not obey their rules.