IRGC Full Form: Islamic Revolutionary Guard Corps (IRGC). However these type of Thing type may not be asked in GK question. But as an Indian I personally write something new things when I have time. 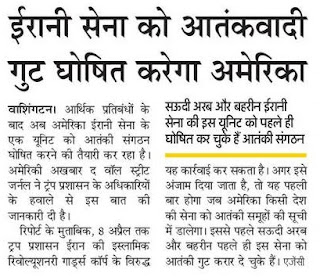