UP samvida karmi latest news: One of opposition leader (Ujwal Raman Singh) blamed current government on not filling govt jobs as their are huge amount of vacant posts is their. He further said Uttar pradesh is on 11th spot on employment index. Some important points that he spokes are.

1. SP Leader said about situation in government jobs in India is like people who apply for group d that have eligibility only 10th pass but we will see mostly 80% graduate apply with high degree.
2. Shram Mantri replied to the words of opposition party on rank that he given 11th Number of UP is made by them which was previous 5th spot. 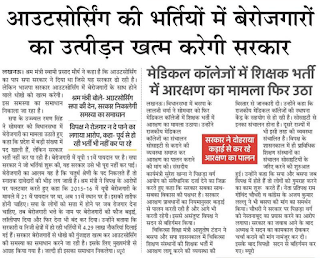