Medical examination will be conducted as per IAF medical standards for recruitment as airmen by medical officers of the Armed Forces. Candidates declared Medically Unfit can avail the option for Appeal Medical Board (AMB) against their Unfitness by depositing Rs. 40/- in a Government Treasury/ RBI/SBI through Military Receivable Order (MRO).Candidates are also advised to get tartar and stains removed from their teeth before appearing for the written test. Ears should be free of wax. Candidates should be prepared to stay for the test for four to five days under their own arrangements. 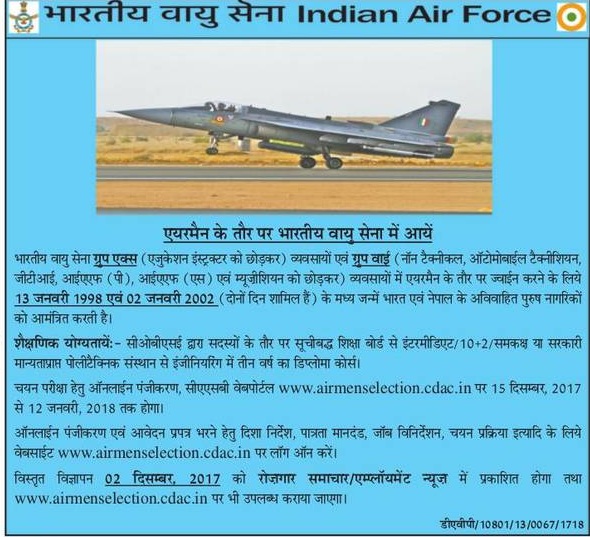