The Texas Rangers Friday night announced that the club has agreed to terms with free agent right-handed pitcher Jacob deGrom on a five-year contract covering the 2023-27 seasons. And He completed a physical exam on 2 December 2022. 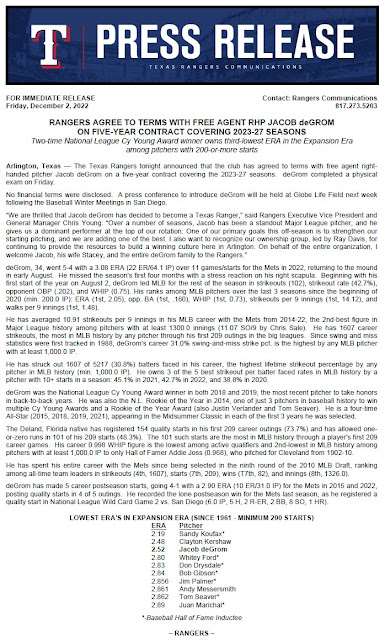 As per Per source, here's the deGrom $