1.Year One: $69762
2.Year Two: $74743
3.Year Three: $79727
4.Year Four: $83048
Philadelphia Police Officers Promotion: Your promotion in Police department will give you benefits of salary increase. And it is depended on your neat and clean career performance as well as discipline.
US Police Retirement Pension Benefits: When you starts your first training in police department. Their will be deduction from your salary to give benefits of pension. When you complete your 50 years of age and after 25 years a member can retire with a pension that is 54% of their total average compensation. 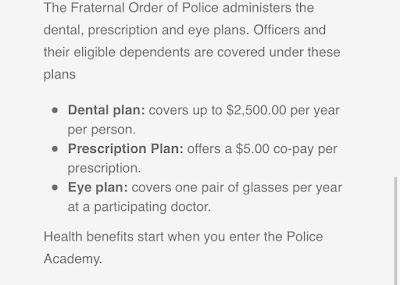 Philadelphia Police Officer Recruitment 2022: The Philadelphia Police Department is accepting applications of Police officers and Civilian from September 5th until September 30th, 2022.
Vacation and Police Holiday Leaves: Officers earn 4 administrated days each year and you can use it. Officers are allowed to take summer Vacation time in May to the end of September. Dates for vacation are based on seniority You must use 592 hours of your vacation. Vacations are approved by commanding officers.
Sick Leave: Officers may get sick leave at the rate of 10 hours per week and 15 days a year.
Educational Qualification: Highschool, Diploma and equivalent.
Age Requirement: He/She must be at least 20 years of age to Apply.
Residency Requirements: Residency requirement is waived of for all applicants.
How to Apply: Interested and eligible candidates if they wanted to join, then they can apply by visiting official website www.joinphillypd.com