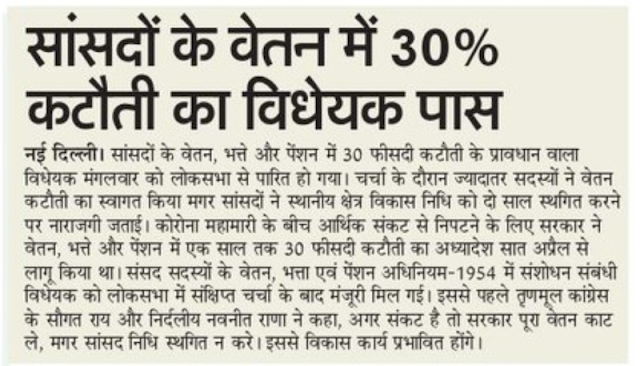 
MP 30 Percent Salary Used In Covid 19: Due to Covid 19 pandemic, Central government going to privatise many Govt companies. In which BSNL comes first. Govt has also removed its some part in Govt bank to make it Private Bank and it is expected that only 5 Govt banks may run in upcoming year. Both Central, State, Private sectors cut their employee salary.