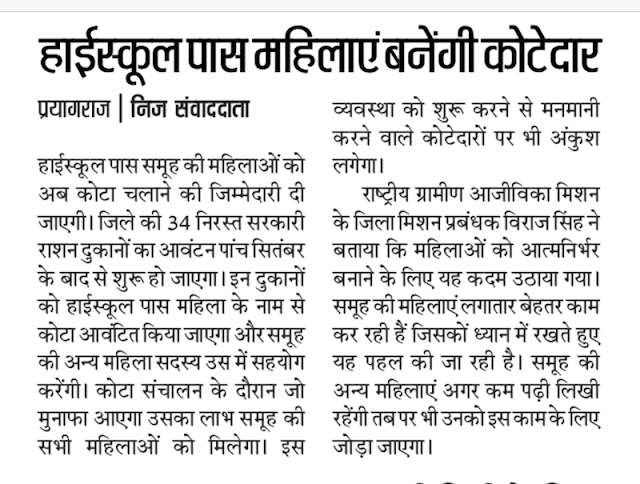 UP Government recently made rules and regulation on taking dealership of ration shop. In Prayagraj 37 new ration shop will be allotted to SHG group women, who commonly known as BC Sakhi or Bank Sakhi. But we are personally asking government one question is why government don’t publish these type of scheme on public way. So that normal person can also apply and able to see benefit of becoming ration card dealer.

Name of the Posts: Dealership of Ration Shop


Educational qualification: Minimum eligibility of any aspirant is 10th Pass.

Age Limit: Minimum age of aspirant is 18 years and maximum age of candidates is 50 years. Relaxation in age as per govt rules and regulation for SC ST OBC EWS category.

Preference: Main preference is allotted to those person who are Mritak Ashrit, widow women, divorce women.