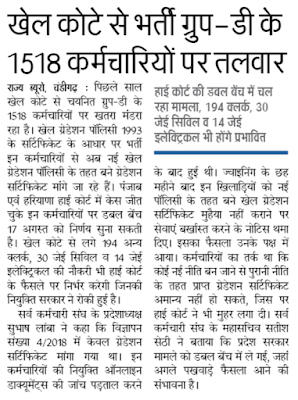 154 Clerk JE 17 August Hearing Update: But employee moved to Punjab and Haryana Court and submit a case there. Everything is clear & cut and after 17th August you will 100 percent hear good news. So you should not worry and celebrate, give time to your family and don’t take any decision which effect your home family. Thanks for watching.
HSSC 1518 Sports Quota Gradation Certificate