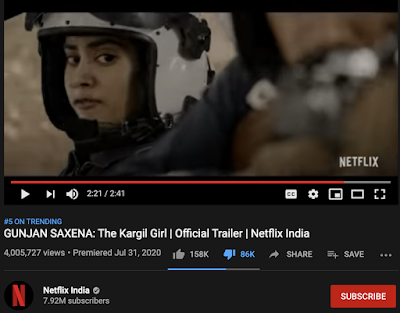 1.  Any airforce or army airforce stand up the moment any lady enters.


3. Once on aajtak a question was asked to airforce chief that what  if  at place of Abhinanadan any female pilot got caught in Pakistan, he said she must have been treated equally as an soldier.

4. So in defence forces there is no difference b/w male or female all are equal.

So in some or the other way Bollywood/webseries again trying to defame aur brave armed forces.
Gunjan Saxena Fire Shot