Indian Army Jobs in Mahindra: This is our second posts on Indian Army TOD Recruitment. Anand Mahindra Sir is known for his kindness towards nation and he always gives inspiration, quotes, message to youngster regarding life changing tips according to hard work face by successful entrepreneur. 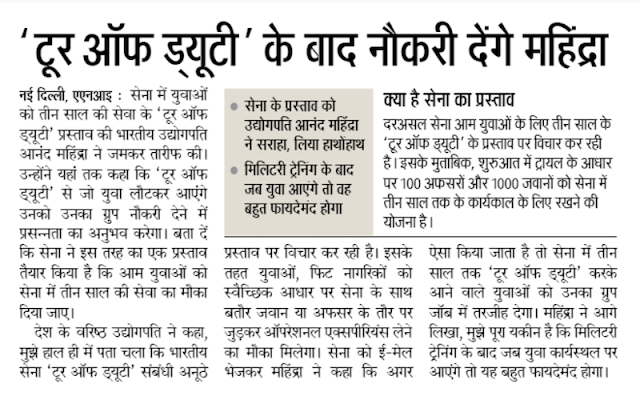 What Tour of Duty Wants with Indian People: Be ready to join Defence service and service Army Navy Airforce and other wings of India.