#UPCM Shri #YogiAdityanath #Twitter: Many people also say CM Yogi is not good in his work. He favor only 1 people, He is anti, People are very fear which is opposition propaganda but CM Yogi Works, Karyashaili, Aims to work betterment of Uttar Pradesh from all religion and caste, Good construction of Road and specially Prayagraj Kumbh mela 2019 has gain good eye on people who follow him on twitter account. 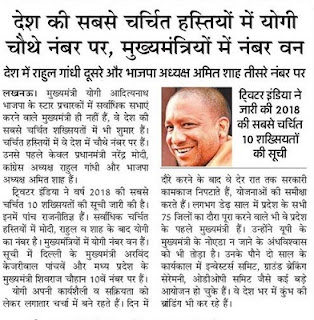